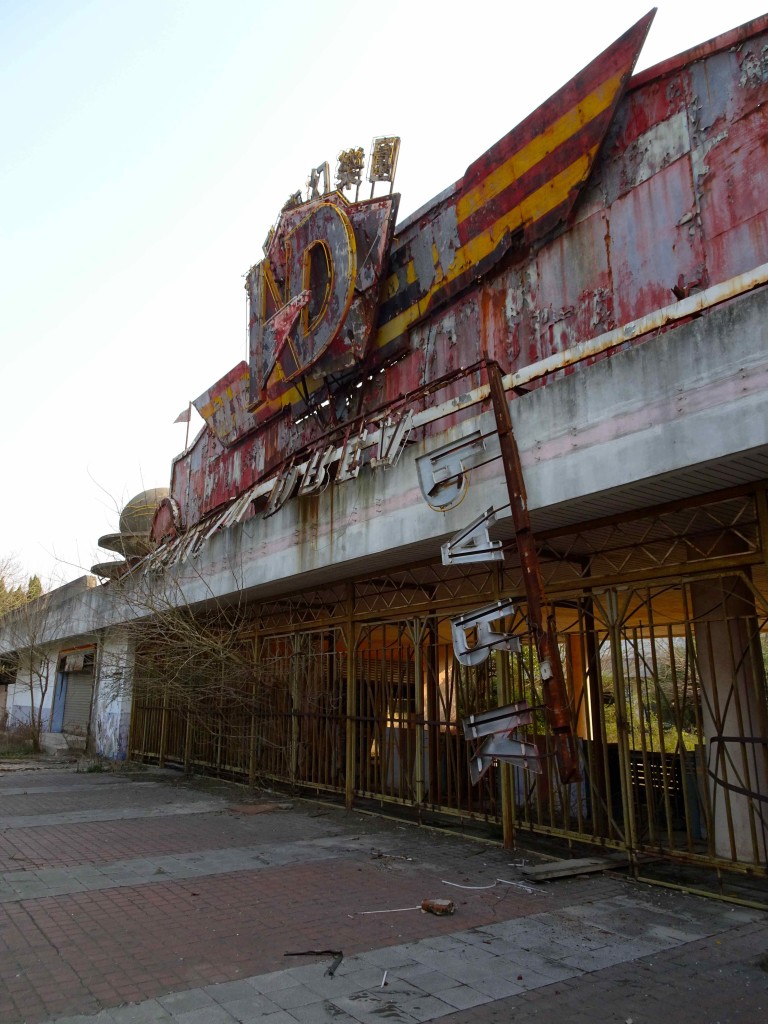 Society of Fellows in the Humanities Lecture Series Fall 2017-18
The inaugural series of lectures “Redefining Fieldwork in Contemporary China”, organised by the Society of Fellows in the Humanities, will present new field research on material culture in contemporary China. The lectures share a focus on grassroots production and the consumption of popular culture in mainland China. In a context of political tension about the use of culture, the speakers will explore the creative mechanism of non-official culture, using multi-disciplinary approaches and demonstrating the significance of new types of fieldwork. 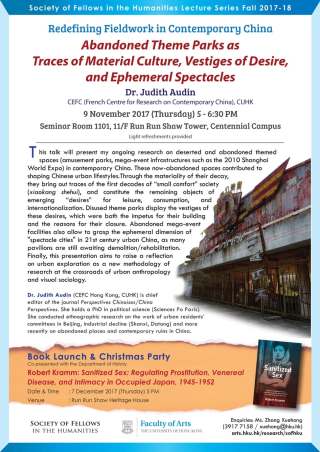 This talk will present my ongoing research on deserted and abandoned themed spaces (amusement parks, mega-event infrastructures such as the 2010 Shanghai World Expo) in contemporary China. These now-abandoned spaces contributed to shaping Chinese urban lifestyles. Through the materiality of their decay, they bring out traces of the first decades of “small comfort” society (xiaokang shehui), and constitute the remaining objects of emerging “desires” for leisure, consumption, and internationalization. Disused theme parks display the vestiges of these desires, which were both the impetus for their building and the reasons for their closure. Abandoned mega-event facilities also allow to grasp the ephemeral dimension of “spectacle cities” in 21st century urban China, as many pavilions are still awaiting demolition/rehabilitation. Finally, this presentation aims to raise a reflection on urban exploration as a new methodology of research at the crossroads of urban anthropology and visual sociology.
Dr. Judith Audin (CEFC Hong Kong, CUHK) is chief editor of the journal Perspectives Chinoises/China Perspectives. She holds a PhD in political science (Sciences Po Paris). She conducted ethnographic research on the work of urban residents’ committees in Beijing, industrial decline (Shanxi, Datong) and more recently on abandoned places and contemporary ruins in China.